Hey everyone, I’m P. from the Dev Protocol team, I want to propose a discussion and even an integration if it goes forward.

Dev Protocol is moving to new markets and this tweet inspired me to try to get in touch with you guys. 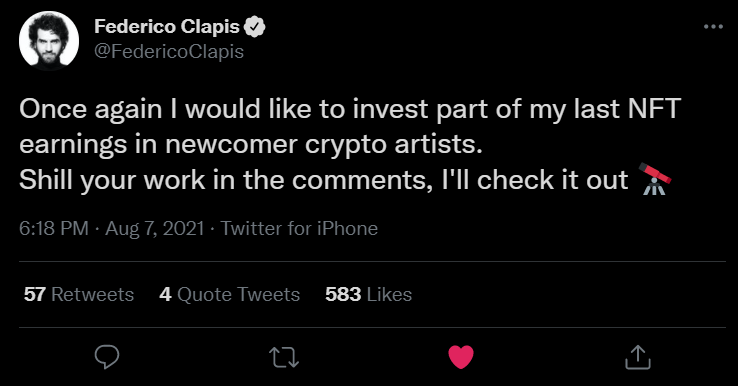 What is Dev Protocol

Dev Protocol is an open source middleware that brings sustainable funding and fair economic value to Open Source Software (OSS), we’ve just announced that we’re expanding to the Music market with μ-zomia, our goal is to maximize creativity of every kind of Creator. Blockchain Technology, through the Stakes Social dapp, is used to create a system based in social and financial mutualism, where both Patrons and Creators get financial benefits through Staking Rewards.

Not only that but Dev Protocol creates another layer for monetization, which is to bring Creators to the Decentralized Creator Economy. We do this on the onboarding process, in which Projects/Creators tokenized, by authenticating them with our own Oracle (Khaos). This way Dev Protocol is the perfect gateway for the Decentralized Creator Economy, Social/Creator Tokens are easily minted and monetization is achieved through their own community.

We have already Tokenized >1600 projects which include notable projects like WalletConnect, Vue, Redux, etc. We’re currently having a governance vote to launch sTokens, which will be an NFT that will work as a ‘Proof of Patronage’, which an user gets when he stakes on an specific Creator Pool, a lot of use cases can emerge from this (thing of a Decentralized Patreon perks lists for Patrons).

This is a basic overview of our ecosystem: 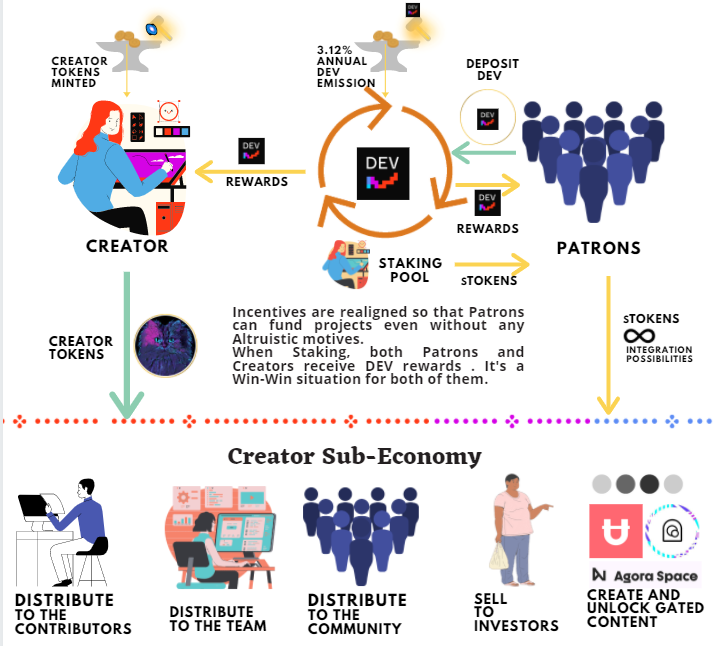 So my idea was to discuss with you guys, based on that tweet, if it was possible to expand Dev Protocol to fund NFT artists. No matter if they’re selling art or not, fans could sustainably them through Dev Protocol, and they could get some perks from these artists (including NFTs).

I think it’s a cool way to expand the Dev Protocol ecosystem and to help all Creators on HEN. Just like μ-zomia expanded Dev Protocol to the music market, HEN could expand it to the NFT artists world, if our teams and community could come to an agreement on that.

I’d love to hear what you think!

Feel free to message me.
BTW, I can speak Portuguese as well, so if you want to talk we could arrange a meeting.

Hey everyone, just to add to the discussion. Today sTokens were approved in our governance vote, it’ being developed right now. It’s like a ‘Proof of Patronage’ that can be easily integrated with other projects and provide perks for stakers. This could help a lot of artists and be really interesting for their communities!

sTokens are proofing staking and bring staking proof as a financial instrument, for worldwide creators’ projects, to the Ethereum…